Three of our ONTOP DUO full motion flight simulators have been delivered into the first Boeing Newton Flight Academy in Tsinghua University High School in Beijing, and three of these plus our versatile COMBO SOLO will be found in the Glasgow Science Centre’s Newton Flight Academy. The elegance and brilliant performance of our simulators has been recognized by both global aerospace leader Boeing and FIRST Scandinavia, institution which seeks to bring unique science learning experiences to future generations. For this, we have no words but to thank our whole team’s commitment towards achieving excellence in every single product we deliver.

The Newton Room concept is an innovative educational project that brings Science, Technology, Engineering and Mathematics (STEM) to students worldwide, to enhance school curriculums and make these increasingly-demanded and popular subjects more accessible. This new teaching concept is carried out in “Newton Rooms”, appealing spaces packed with technology and different workstations, labs and group discussion zones adapted to a wide range of modules. Students that visit Newton Rooms find themselves surrounded with a highly interactive environment, as displayed in Figure 2, that constantly promotes learning through the exciting and challenging “Newton Modules”. These consist of a briefing in the classroom before visiting the Newton Room to carry our several activities and finally a post-work in the classroom to fully digest the learning outcomes. Examples of one of such is the “Up in the Air with Numbers” module which Virtual Fly participates in, in which students learn about math and units and apply it to planning a flight route before concluding the experience by getting an intense flight experience along their planned flight route inside a prestigious full motion simulator by Virtual Fly. 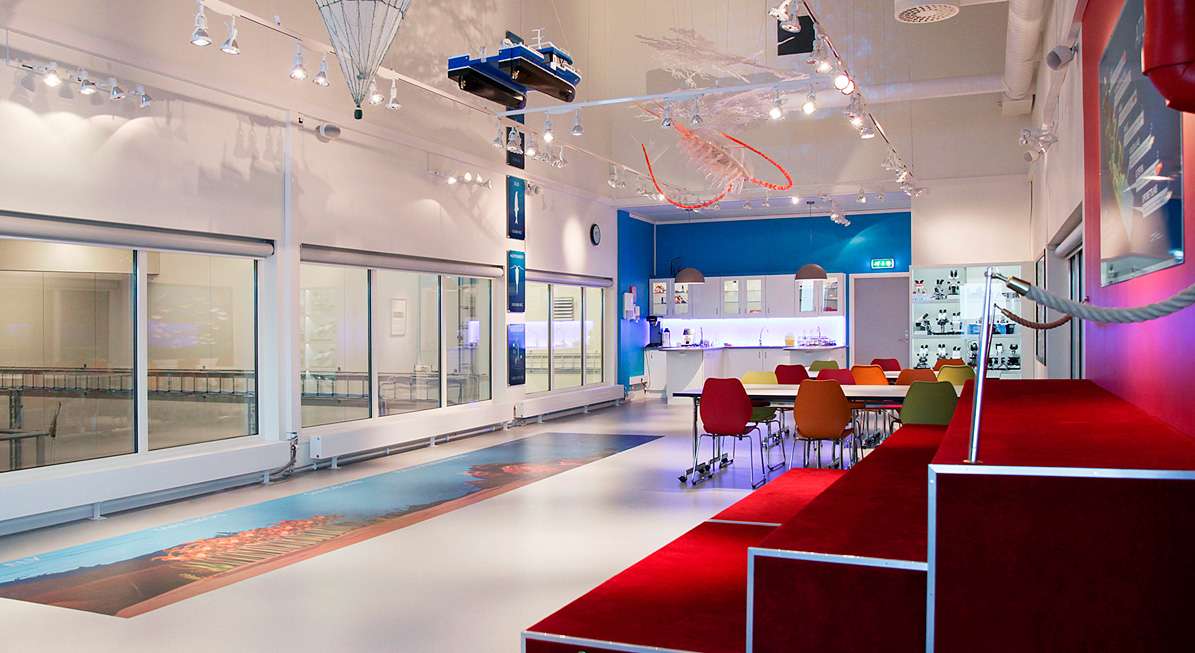 Boeing has seen the tremendous potential of this idea and has collaborated with FIRST Scandinavia to introduce Boeing Newton Rooms across Europe, and already have presence in Norway, Spain, Germany, Poland, and United Kingdom. Figure 3 shows Virtual Fly’s ONTOP DUOs in the upcoming Boeing Newton Room in Tsinghua University High School of Beijing, which is going to start impacting the educational paths of students by the end of 2021 once it is complete. The aerospace leader even further developed this concept by bringing “Pop-Up Newton Rooms”, a training environment which consists of a portable package of flight simulators panels and classroom material that are used to create temporary Newton Rooms. Spain was the first European country to host a “Pop Up Newton Room” in Ourense, Galicia, which was installed during three weeks in 2019. 330 students successfully completed the “Up in the Air with Numbers” module and was visited by almost 1200 people along the duration of the event. This extraordinary initiative is without doubt going to propel the learning outcomes of not only students, but every individual who visits them. 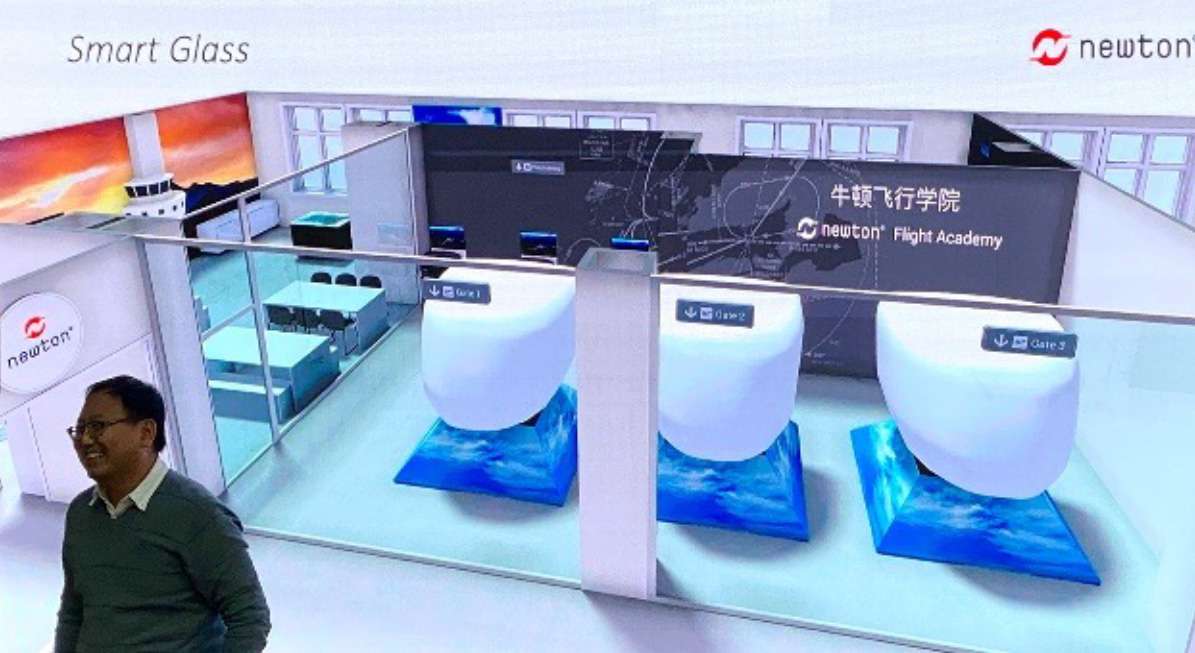 Scotland’s Prime Minister Nicola Sturgeon announced the inaugural of Glasgow’s Boeing Newton Flight Academy on the fall of 2021 and tested one of the six flight simulators that will bring STEM to students to Scotland. Glasgow’s Science Centre will have the privilege of housing the first permanent Newton Room created in the United Kingdom. Figure 4 displays the inaugural of such Newton Room, where Nicola Sturgeon felt the thrill of flight through our SOLO GA Flight Panel. Visitors to Glasgow’s Newton Room will be able to see and experience the thrill of flying with this flight pannel incorporated into our COMBO SOLO simulators and another three ONTOP DUO such as those installed in Beijing’s Newton Room. This is just the beggining, since FIRST Scandinavia have ambitious plans to open many more of these centres in the future, and we have already sent more simulators to Newton rooms that are being set up in Galicia, Spain and in Łódź University, Poland. 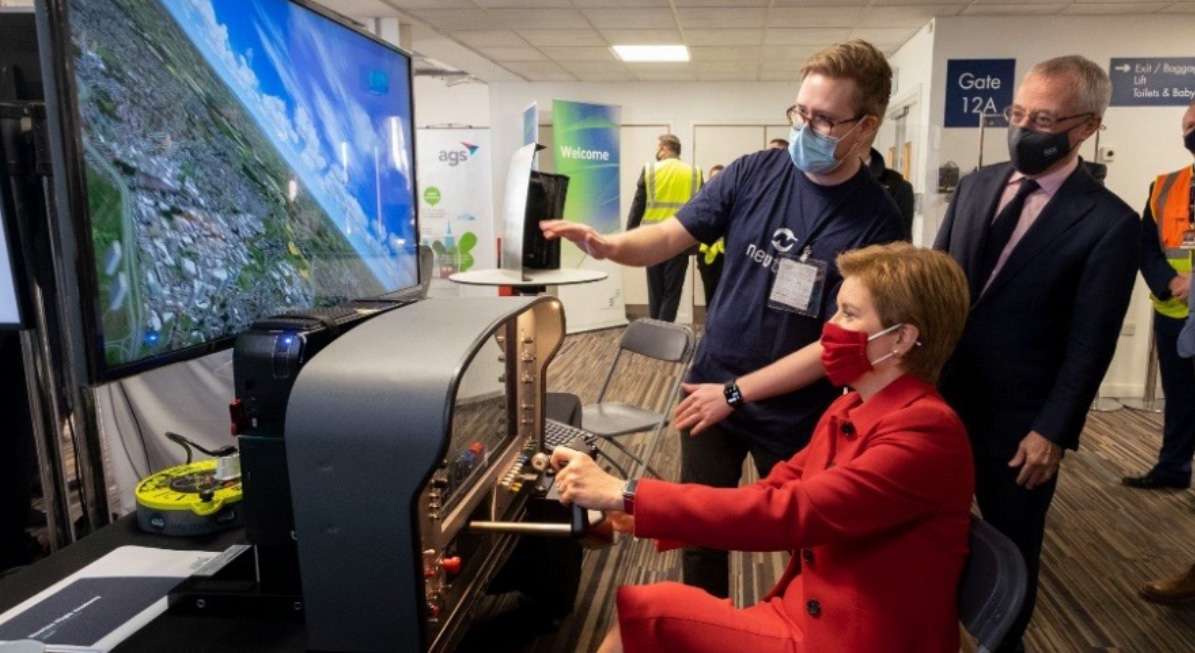 Educational initiatives such as that taken by FIRST Scandinavia to make STEM subjects more hands on and accessible will make a great impact into the young minds that will lead the world in the near future. These projects will definitely become increasingly popular for high-schools given the degree of hands-on experiences they offer, which make learning essentially what it should be: fun and interactive. Upcoming generations do not have to fear about their future paths, thus Concepts such as Newton Rooms will help youngsters have a clearer view of what their true passions are and what they want to focus their careers on.